Nigerian-American raises $85,000 to sue white woman for chasing her in mall

PANDEMONIUM IN NIGER STATE AFTER BANDIT ATTACK" LADY shares her Testimony on Drake's God's Plan Challenge " SENEGAL WINS AFCON AGAINST EGYPT " NICKI MINAJ PREMIERES NEW SONG; BUSSIN!!" 7 HEALTH TIPS YOU SHOULD KNOW " RIHANNA IS PREGNANT?? FOR A$AP ROCKY??" NICKI MINAJ features LIL BABY in Comeback Single; DO WE HAVE A PROBLEM " Me that want to remove my thing— James Brown says as he reveals he’s ready to transit to a woman" I’ll never regret the love I gave anyone even if it wasn’t reciprocated—Tonto Dikeh says" Fake love, fake people— Lyta’s babymama, Kemi Ayorinde calls out all Nigerian celebrities " Laura Ikeji advises men to will all their properties to their wives while they’re still alive " Barely 2 days after signing deal with Binance Pere bags another endorsement deal with BOZ jewelries" Ini Edo rumored to have had her first child, identity of baby daddy also revealed " 12 years old student of Dowen college beaten to death by fellow students for refusing to join cult" Tacha gives business advice as she narrates how her logistics driver was caught stealing fuel" 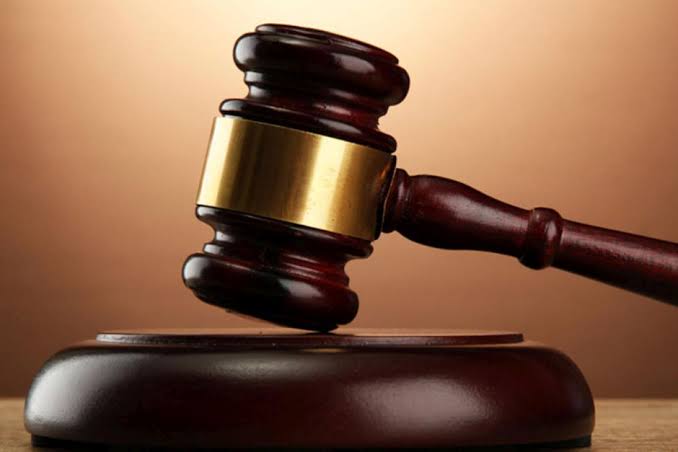 A Nigerian-American woman, Ijeoma Ukenta, who was seemingly chased by a white woman at Victoria’s Secret, a clothing mall in Millburn, New Jersey, on Saturday, has raised over $85,000 on GoFundMe to hire an attorney to defend herself against the woman.

Ukenta captured the encounter in a viral six-part YouTube series. In the fifth video of the saga, Ukenta displayed what she described as the police report on the incident, claiming that the Victoria’s Secret staff corroborated her version of the events.

“Online, the woman’s actions have morphed into a viral meme, and she has been given the nickname “Victoria’s Secret Karen,” Insiderreports.

“Karen” is a slang term usually used in reference to a white woman who is said to act out of a sense of inflated self-importance, according to The Guardian.

In the first video, which did not capture the exchange that sparked the conflict between the two, the woman seemed to charge at Ukenta. Then, the woman lay in a fainting position on the store’s floor near the cash registers and began to scream and sob, pleading with Ukenta not to record her “mental breakdown.”

In later videos and in what Ukenta said was the police report, she explained that everything began when she was scanning the store’s offering of underwear and the woman started browsing items uncomfortably close to her.

Ukenta said she asked her to “back up” but that the woman instead went to the cash register and told an employee that she (Ukenta) had just threatened her. Ukenta said she decided to start recording the scene on video, and it led to the confrontation captured in the first video.

PANDEMONIUM IN NIGER STATE AFTER BANDIT ATTACK" LADY shares her Testimony on Drake's God's Plan Challenge " 12 years old student of Dowen college beaten to death by fellow students for refusing to join cult" Lady calls of wedding few hours to the ceremony after finding out groom to be is married with kids" Sister of lady who died in the Ikoyi building collapse dies 3 weeks after her sister’s death" NAF female personnel dies after being bitten by snake from WC toilet " Nobody knows if Nigeria will still be in existence in 2023– Pastor Adeboye " RED ALERT: Panic as heavy gas pipeline leakage is discovered in Ikeja, Lagos " 21 storey building collapses in Ikoyi Lagos" Woman narrates why she sold her 3 months old baby for N150k" Unknown gunman shots RCCG member dead in church premises " The Nigerian Army gives reasons why they manhandled and arrested Chinwetalu Agu " BREAKING: police inspector general brings back SARS with new rules of operation " Photos: From being homeless in 2007 to owning a mansion in 2021– Man shares grass to grace story" President Buhari finally lifts 5 months ban on Twitter but with two conditions attached" Reactions as NYSC asks members to save money for ransom in case they’re kidnap" Flights cancelled as rockets hit airport in Afghanistan " Catholic Church begin reality television show in Abuja " Nigerian-American raises $85,000 to sue white woman for chasing her in mall" Total blackout in parts of Nigeria as national power grid collapses again " FG willl take possession of looted Benin artefacts when returned — Lai Mohammed " Darek Chauvin convicted for killing George Floyd" Pastor Adeboye calls for justice over the killing of Omozuwa Vera Uwaila" Nigeria records the highest number of COVID-19 cases in a day: Toll rises to 9,855" Prophet TB Joshua speaks on Coronavirus and its Lockdown effect" Professor Balarabe Maikaba of Bayero University is dead"